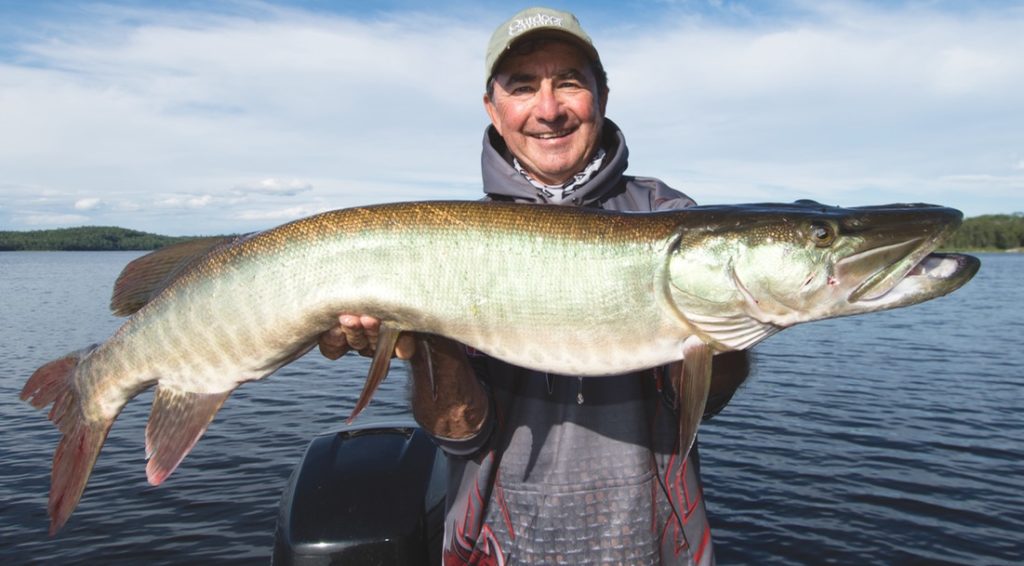 There was a time when I was addicted to muskie hunting—not merely enthusiastic about the big toothy critters, but completely, mind-numbingly obsessed. The great silver ghosts haunted my every dream and consumed my waking hours. If it had been cocaine instead of muskies, I’d have made Keith Richards look like a choirboy. It didn’t matter if there was a small-craft warning in effect, a foot of snow to be shovelled out of the boat or 100 feet of ice to crash through to reach open water. I always headed out with a smile.

After fighting my addiction for decades, I finally thought I had it under control. Then along came my grandson Liam, and I eventually realized I had gotten him hooked as well. Tackling ferocious giants with writhing, raptor-like heads filled with sharp, ivory-white teeth will do that to you. How addicted has Liam become? Last spring, two months before the season even opened, he had every one of our muskie outfits respooled, rigged, baited and carefully lined up against the garage door. Watching him at work was like looking in the mirror.

Seeing all those readied rods also got me to thinking how much has changed since my addiction first began. Not that long ago, most of my muskie rigs would have had metal and wooden baits dangling from the leaders. Now they all sprout soft-plastics. It’s not that heavy metal doesn’t still rock, but modern lure makers have gone a step further, crafting spongy offerings that excel at so many different times and in so many different situations that you can’t help but use them. And it takes just four specific styles to cover all of the bases.