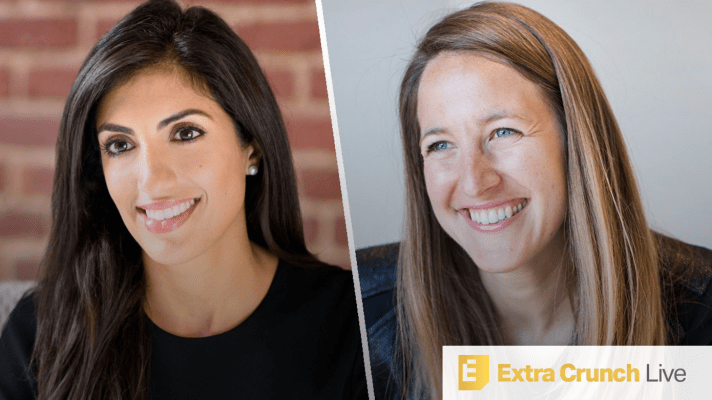 The venture world is swimming in capital these days, and the flood doesn’t appear to be abating.

That’s changing the game for venture capitalists and their firms, which transformed from solo practitioners focused on one stage and a single geographical area to covering all startups in all geos in all industries in just a handful of years.

One firm that has navigated those changes for decades is Index Ventures, one of the first funds to launch in Europe that has evolved into a multi-stage firm in recent years. The firm last raised a total of $2 billion this past April to continue doubling down on all the deals springing up across the world.

This week on Extra Crunch Live, I interviewed Nina Achadjian and Sarah Cannon, two SF-based partners at Index, to discuss what they are seeing in the market, how VC fundraises have changed and continue to change and how they are adapting to the rise of rolling funds and other new seed vehicles. This was the first time that the two came together for a panel, and our conversation was a real blast.

Here’s an edited and condensed version of the conversation, with highlights of the best insights from the panel.

“It’s not easy to just sit on the sidelines and wait till things sort themselves out.”

TechCrunch: September is traditionally a time for fundraises to kick off for the fall, but in this COVID-19 world, everything is different. Who is fundraising right now and what do you see going on?

Nina Achadjian: Well, there are two things. One, there was an incredible pull from the market for technology tools. So many businesses that had put off buying technology or investing in technology really all of a sudden found themselves in a digitally-first world or a digital-only world and therefore, there was a massive pull for technology products. It’s the reason why companies like Shopify and others in the public markets have had just amazing, record quarters.

The second thing is, in venture when we raise these funds, we have a certain time period to deploy them, usually anywhere from two years to five years. So for us as investors, it’s not easy to just sit on the sidelines and wait till things sort themselves out.

So actually, a lot of venture investors have piggybacked off of this incredible pull from the market side and have been investing, I would say, at the same pace, or even a faster pace than we were before.

“There’s basically an infinite bid for these companies.”

Are those paces the same for all stages?