I was watching a fishing show recently and had to turn it off. It was just too painful. The host and his guest were fishing for lake trout in the Northwest Territories and every time they brought one of the behemoths alongside the boat—I mean every single time—they grabbed it by the tail, and swung it into the boat. Then they proudly preached the need for barbless hooks and catch and release, before letting it go.

It reminded me of the many conversations I have had over the years with my good friend Ron Swainson, who was the Ontario Ministry of Natural Resources biologist, and the key player responsible for the magnificent trophy lake trout and brook trout fishing in Ontario’s Lake Nipigon and Nipigon River.

“Most people are just not used to catching big fish, so they don’t know how to handle them properly,” Swainson told me. “I know I certainly didn’t. I moved here from eastern Ontario and was used to catching lots of fish, but nothing of a size that required anything more than a one handed lift into the boat.”

When Swainson gloved his first Lake Nipigon giant by the tail, however, and started lifting it out of the water, he heard the unmistakable popping sound as the vertebrae separated in the trout’s backbone. He said the sound repulsed and sickened him. “The trout only weighed about 18 pounds,” he said, “but I can tell you it is one fish I have never stopped thinking about.”

At the time, I remember asking Swainson if holding a fish by its tail causes so much damage, why don’t we see more muskies, pike and lake trout with deformities? Frighteningly, he said, it’s because spinal cord injuries are so devastating that the fish rarely survive.

“I am not surprised I haven’t seen many either,” he told me, “because the sound of popping vertebrae is likely the death knell for the big girls. If someone were to lift you up, would you want to be held by the neck or by putting both arms under your body?” 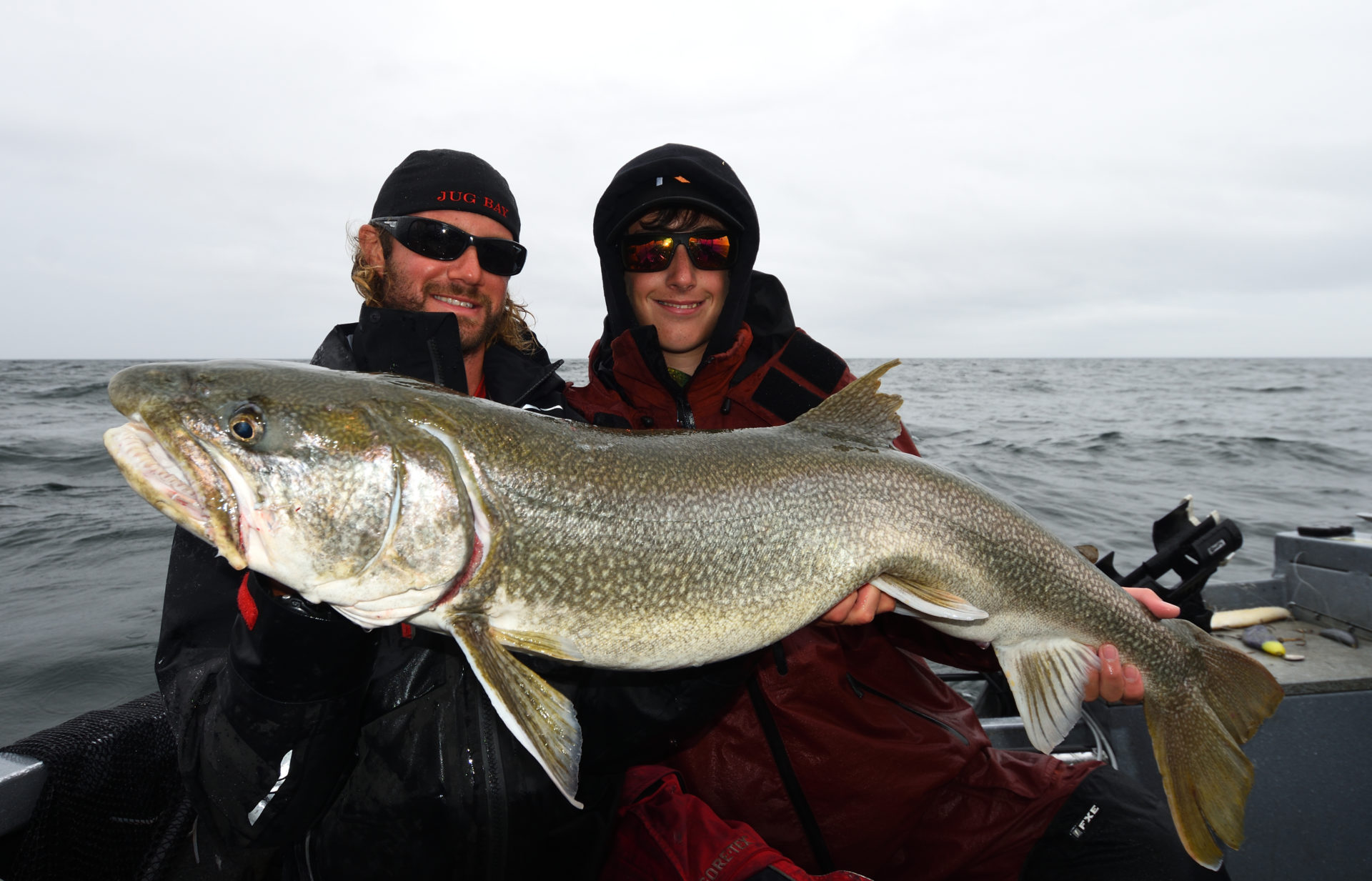 Ironically, some muskie and pike anglers will tell you that the reason they hold their fish in a vertical position, without supporting the belly, is because it calms down the fish. As Ohio State DNR hatchery supervisor Elmer Heyob told me, that is true—but for all the wrong reasons. The vertical hold puts so much pressure on the fish’s vertebrae, that it literally paralyzes it.

“I can give you a great example of what the weight, unsupported by water, can do to one of these great fish,” Heyob, said. “An Ohio-based muskie club holds an annual summer tournament at which Ohio Division of Wildlife personnel often attend. We keep a redwood measuring board handy that we also use in our research work. One of the contestants caught a big muskie that they hung from a hook at the marina. When they measured it with a tape it was 51 inches long. We then measured it on the board and it had shrunk back to 49 inches.”

In an ideal world, we would keep a trophy-sized muskie, northern pike or lake trout in the water, remove the hooks and let it go. But the world is less than ideal, and who doesn’t want the measurements and a quick image of their biggest-ever fish?

When that is the case, keep the fish in the net, in the water, while you remove the hook or hooks. Then lift it out by supporting its weight with one hand firmly placed under its belly. Slide it onto a Bump Board  (like one of the beauties that good friend, Mike Parker at Handlebarz Fishing makes), get a quick measurement, then lift it back up the same way, with one hand under the belly, while you snap a quick image and get the fish back into the water.

Catching big fish is one of life’s great pleasures, but it comes with a responsibility to handle the fish properly. Fortunately, that isn’t a difficult task, especially since the future of fishing is in our hands.