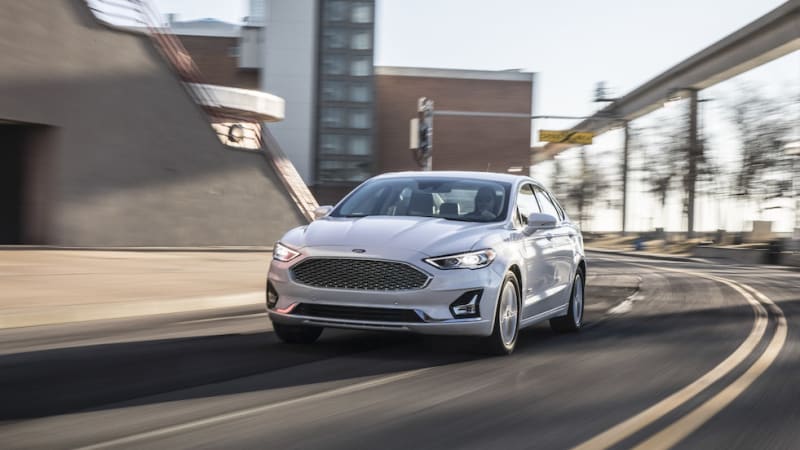 Ford’s controversial plan to stop selling sedans and hatchbacks in the United States is nearing fruition. The only low-riding four-door model left in its range, the Fusion, is allegedly scheduled to retire by the end of July 2020.

Enthusiast website Ford Authority learned from unnamed sources that the last law enforcement-spec Fusion will be made in Hermosillo, Mexico, on July 5. Production of the civilian model will continue until July 21, when the final current-generation Fusion will drive off the assembly line — and, presumably, towards an unsuspecting customer. The publication warned those dates might be pushed back, because the Hermosillo plant is currently closed to comply with rules enforced to curb the spread of the coronavirus. Production could resume on May 18. If it doesn’t, workers might need to keep building the Fusion for a little bit longer to fill the last orders.

The shutdown won’t significantly extend the Fusion’s life, because Ford previously confirmed 2020 is the car’s final model year. It stopped taking order for the sedan on February 28. Lincoln told Autoblog that the MKZ, which is based on the Fusion and also built in Hermosillo, won’t return for the 2021 model year either. Both carmakers are moving towards a sedan-free range. Ford has already deep-sixed the American variants of the Fiesta, the Focus, and the Taurus; only the Mustang will remain after the Fusion dies. Lincoln will count on the Continental to represent it in the sedan segment after it puts the MKZ to pasture, though odds are it’s not long for this world.

Ford won’t develop a direct replacement for the Fusion, but the name could make a comeback sooner rather than later. Unverified rumors claim a rugged, Subaru Outback-like station wagon on stilts will take its place in the early 2020s. Spy shots taken in late 2019 revealed a family hauler with a generous amount of ground clearance, but the prototype’s body was cobbled together with Focus bits so we don’t know what it will look like yet. While officials haven’t commented on the nameplate’s future, they’ve made it clear Ford won’t launch another sedan.

Ford’s range looks much lower across either ocean. Its Chinese division sells an entry-level sedan that brought back the Escort name in 2014, the fourth-generation Focus, the Mondeo (which is essentially the same car as the Fusion), and a Taurus that’s not in any way related to the model we got until 2019. In Europe, its range includes the Fiesta, the Focus, the Mondeo, plus a pair of people-movers named S-Max and Galaxy, respectively. As a side note, Ford also offers the Explorer in Europe and priced it on par with the entry-level Porsche Cayenne.