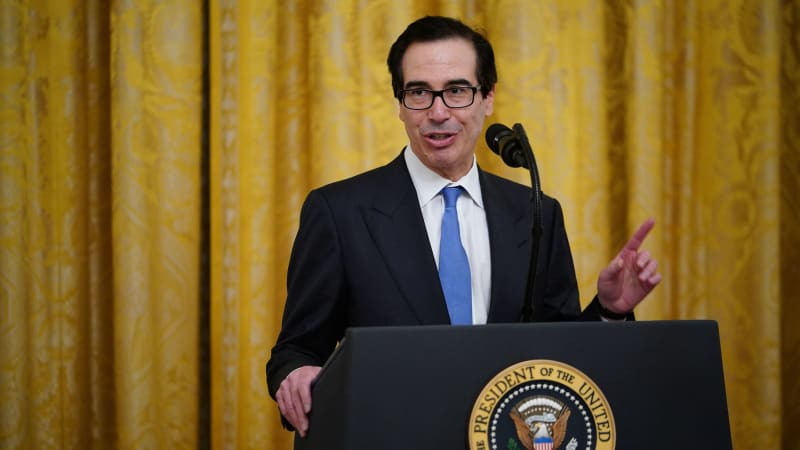 California should do whatever is necessary to help electric carmaker Tesla reopen its only U.S. vehicle factory, U.S. Treasury Secretary Steven Mnuchin said on Monday.

Health officials in Alameda County, where the factory is based in Fremont, said on Friday it must remain closed as long as local lockdown measures to curb the spread of the coronavirus remain in effect.

Tesla on Saturday sued the county, and Chief Executive Elon Musk threatened in a tweet to immediately leave the state, where the company is among the largest employers and manufacturers, for Texas or Nevada.

“California should prioritize doing whatever they need to do to solve those health issues so that he can open quickly and safely,” Mnuchin said in a CNBC interview (above).

Yes, this is insane

Alameda County and the governor’s office did not return requests for comment on Monday.

Tesla shares dropped 1.3% to $808 shortly after midday. They had fallen more than 3% premarket after China’s Passenger Car Association reported that the company’s Model 3 sales in April were down 64% on the month.