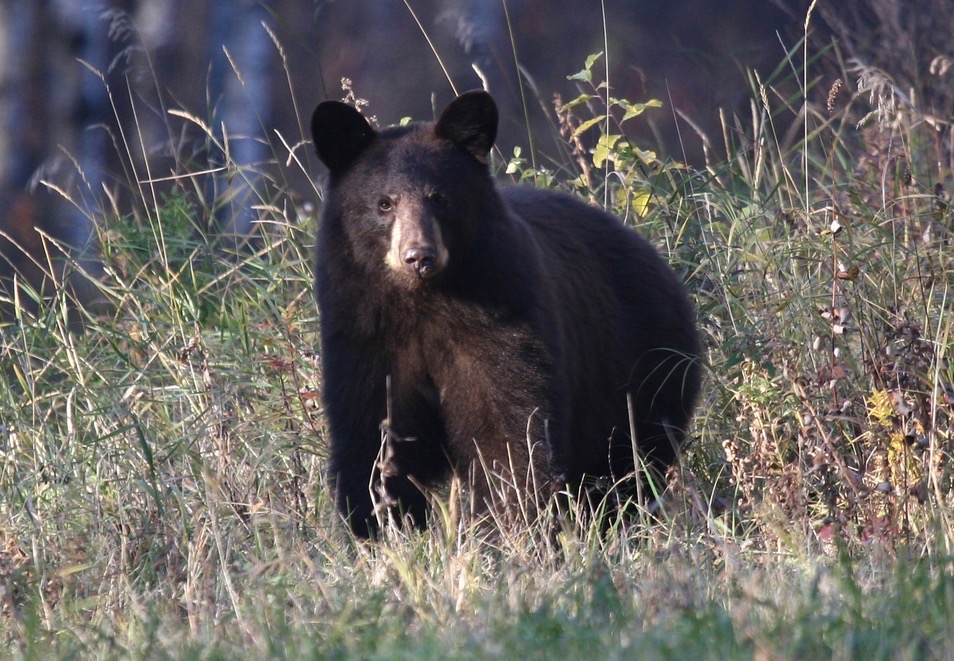 While I was guiding one spring, one of my hunters shot a black bear with his 12-gauge while sitting at an active bait. It was right at sunset when I got the call on my VHF radio, so we opted to wait and return in the morning to retrieve the bear. At first light, we began following the sparse blood trail. After an hour of painstaking tracking, I was finally down on all fours, straining to find even a tiny crimson fleck.

Then it happened. Less than two metres away, the bear stood up. Shouldering my defender, I held firm and instructed the hunter to finish the job. At the blast, the bear dropped, rolled and moaned, then suddenly sprang to its feet and bolted. I swung, hit the switch and connected. Then all went silent.

We walked over to the bear and, upon inspection, saw that my client’s initial shot was too far back, and his second one—taken just moments earlier—had barely grazed the bear’s chin. His lack of knowledge about bear anatomy, along with poor shot placement, had nearly cost him his bear. It also put both of us in a somewhat dangerous situation. Fortunately, my hollow-point slug hit its mark tight to the shoulder, instantly taking the bear down.

With bear hunting, mistakes such as this are more common than you might think. Whether you’re hunting the spring or fall season, avoid these five common errors and your odds of cutting a tag are sure to go way up.

New to chasing spring or fall black #bears? Here are some all-too-common mistakes