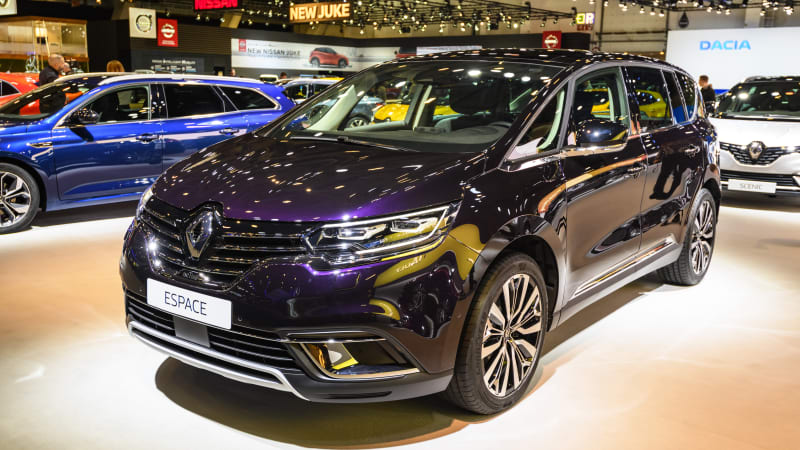 PARIS — Renault is preparing to substantially reduce its vehicle range, withdrawing well-known but ailing models like the Espace minivans, as part of looming cost cutting plans, four sources in the industry and close to the French carmaker said.

The company, shaken by the downfall of its once star CEO Carlos Ghosn and by setbacks in its main markets, is set to detail at the end of the month how it aims to cut costs by 2 billion euros ($2.16 billion) over the next three years.

That will coincide with Renault’s embattled Japanese partner Nissan’s own strategic update, set to be outlined on May 28 and which should encompass a pullback from Europe and elsewhere to focus on the United States, China and Japan.

“The project is not yet completely set in stone but the Espace, the (compact minivan) Scenic and the large sedan Talisman should already be considered scrapped from the future product program, it is practically a given that these models will stop,” one of the sources told Reuters.

“In short, fewer minivans and sedans and a focus on crossovers and SUVs,” the source added.

The company had already embarked on an overhaul of its ranges in 2009 but it still has between 45 and 50 models in its catalogue, under its own brand as well as Dacia, RSM, Lada and Alpine.

Renault, which last year posted its first net loss in 10 years and has been hit hard like its peers by the coronavirus crisis, declined to comment.

The carmaker, which is 15%-owned by the French state, is negotiating a 4 billion to 5-billion-euro aid package with the government to withstand the impact of the drop in sales and production due to the pandemic.

PSA, Renault’s French competitor, trod a similar path six years ago, when it announced it would cut the number of its models from 45 to 26 over its three main brands, with the aim of saving 300 million euros a year.

“Renault is far more international than its compatriot, whose sales remain focused on Europe”, another source said. “But even if Renault’s geographical diversity is the factor behind its high number of models, that level is not sustainable anymore.”

The Espace model, which has sold 1.3 million units since its launch in 1984, would be the most notable to go. The car became the standard bearer, in Europe at least, for the multiple purpose vehicle (MPV) segment.

The fifth generation of the model, on the market since 2015, has however struggled against competition from SUVs and its sales plummeted 21% last year to a mere 10,000 units.

The Espace, as well as the compact minivan Scenic – another one of Renault’s former bestsellers – would give way to a new Kadjar model, an SUV built in Spain with five-seat and seven-seat versions, two sources said.

Those two models as well as the Talisman are all built in Renault’s factory in Douai, in northern France. But the site would remain active with the planned assembly of two new models based on the Renault-Nissan alliance’s new electrical platform.

To cut costs and boost its profitability, Renault also plans to extract more synergies from its alliance with Nissan and Mitsubishi, sell real estate assets and shut down operations in loss-making markets like China.

Acting CEO Clotilde Delbos has said there would be no taboo in cutting costs, raising fears of job cuts and plant closures. That is likely to be politically sensitive in France, however, especially when the group is in talks over state aid.